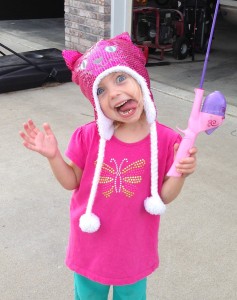 I mentioned in a previous blog that I’m attempting to cook allergy friendly meals. This has made life more interesting than before!

In September we took Ruth Ann to an integrative doctor who several of our friends recommended for allergy testing. He told us to avoid wheat, corn, dairy, eggs, and the obvious peanuts. We learned the results of the tests in October, which were still to avoid the above, along with limiting oats and almonds. She loves the chocolate almond milk and we use almond flour in a lot of our foods.

Peanuts – We’ve known about the peanut allergy for three years now. The first exposure we were able to manage at home. The second landed her in the ER for IV Benadryl and steroids. We didn’t have to use the Epi pen, and pray we never have to.

Wheat – Not too much of a problem, since we’ve mostly eliminated it. Grace and Samuel aren’t thrilled that they no longer get the treat of pop tarts or cereal for a quick morning breakfast. We were told that she’ll need to avoid this long-term. She didn’t have so much of an allergy, but the test indicated a possibility of celiac disease. She was not diagnosed with celiac, but the results indicated that if she continued including wheat (and gluten) in her diet, she would develop celiac and all the (not fun) symptoms that go along with it.

Corn – We didn’t think this too problematic until we started looking even closer at food labels and realize that corn syrup is in EVERYTHING!

Dairy – Again, not much of an issue since we had suspected a problem with dairy and had mostly eliminated it already. We had started introducing it back in to help us on the ketogenic diet path; and hopefully will be able to re-introduce at some point. She misses cheese. The other things she likes we can replace with coconut or almond alternatives.

Eggs – Wow! That’s an issue. A lot of the recipes I have been using and we’ve grown to love have eggs in them. Especially breakfast. We’re slowly getting there. At first I had been using them sparingly, but we are noticing that her tummy hurts after eating something with eggs in it, so we’ve been doing much better at being diligent with it. Eggs were second highest on the list, below peanuts, so it’s one we need to be very diligent with.

Halloween was an interesting time. She’s done great and we’ve found that tootsie rolls and smarties are still acceptable forms of candy! Thank goodness, because that girl won’t leave church without getting a package of smarties from Mr. Rick!!!