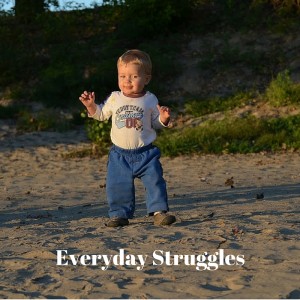 When thinking about a brain tumor, surgery, chemotherapy, doctors appointments, and medication, you may think one of these items would be the hardest things about Josiah’s journey. They’re the obvious struggles.

I’m not wanting to give the impression that any of those things are or were easy. I think I was in survival mode and did what needed to be done – taking each day step by step, only focusing on the task at hand. 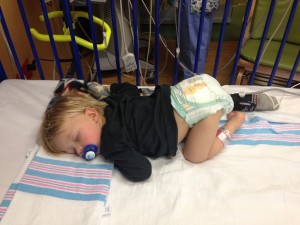 Mondays (chemo day) were easy. I knew what to expect. We went in, accessed the port, drew blood, waited, moved to PICU, waited some more, hooked up to IV and got meds, he took a nap, he got his chemo, four more hours of fluids in which he was awake and wanting to play. It was easy. It was usually a quiet day and I got to spend it with Josiah. Nathan would stop by, bring me lunch, visit, sometimes he could stay, other times needed to be back at work. We treated ourselves to Culver’s frozen custard before heading home. I had no responsibility other than to take care of Josiah.

Tuesdays were another story, which I hope to share in more detail later.

The first few months of 2014 were probably some of the hardest months for me. We were a year into chemotherapy and I think everything was starting to wear on me – especially spiritually. Church was difficult for us because Josiah would no longer fall asleep during worship and sleep through the sermon. (Although, I do want to add that standing in the back of church and rocking/bouncing Josiah to sleep as I worshipped was one of my favorite times of the week!) So when Josiah stopped sleeping through church, yet refused to go to the nursery, I wanted nothing more than to be at church, yet at the same time had no desire to even make the effort to try. I’m hoping to share more about this as well.

But again, these examples are also about being in survival mode. While all the medical challenges were hard, Tuesdays were hard, and church was hard, there were surprising things that hit me when I was least expecting it – and the pain cut deep. Here are some of those times: 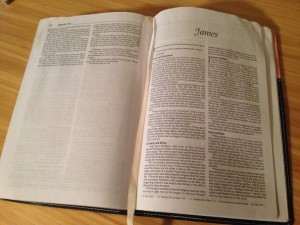 Reading my Bible was hard. It never failed that I would come upon verses such as James 5:15 – “And the prayer offered in faith will make the sick person well; the Lord will raise him up. If he has sinned, he will be forgiven.”  Those are painful words to read when your child is suffering through chemotherapy.  It caused a lot of hard questions for me, and I still don’t have the answers.  I don’t need to have the answers.  I know it was (and still is) a spiritual battle.  The devil used scripture against Jesus, why would I think he wouldn’t do the same against me? 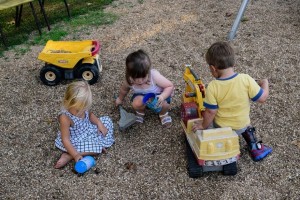 It was hard to see other children Josiah’s age or younger reaching milestones that Josiah should be reaching, but wasn’t. This is still is hard too. It certainly doesn’t happen all the time, or even that often. When it does, it seems to come out of nowhere, and it’s only for a moment. 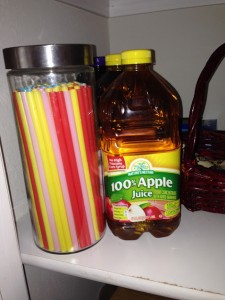 There are times when it’s obvious that Josiah lacks significant vision. For the most part, Josiah does an amazing job compensating for his lack of vision. Doctors have even commented that Josiah sees much better than it says in his charts. For that I am thankful! But it’s times when he goes to the pantry to get a straw and instead of bringing me the jar of straws, he’s carrying the apple juice to me. 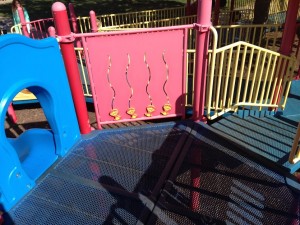 It’s times at the playground when he’s going up the stairs to the slide that’s on the right side, and he passes by it. This happened just last Saturday. Those moments are like a knife in my heart, because I’m reminded of the damage that has been done because of the tumor.

It was hard to look at pictures of Josiah before the surgery. Here are a few. 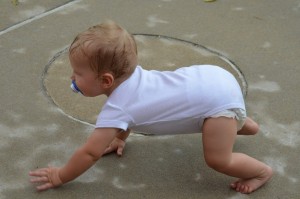 Crawling. Josiah had been crawling for several months before the surgery. Finally, three years later, Josiah has just started trying to crawl by using both arms for support. 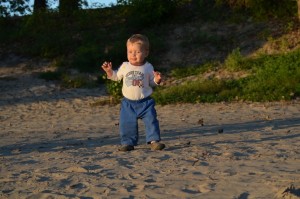 Walking. Josiah was already walking at 10 months old.  He had to re-learn how to walk after surgery. He learned quickly though – he had to keep up with his siblings! We do like to share that he learned to walk twice before his first birthday! 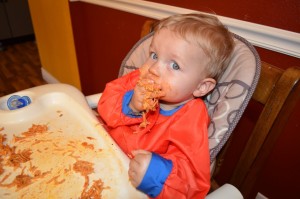 Eating. Josiah was eating everything at ten months old. He was eating most everything we ate as a family (chopped up really small of course!) By the fourth, who really wants to buy and spoon-feed baby food? And what fourth child is actually happy with being spoon-fed baby food when everyone around him is eating real food on their own?) After the surgery Josiah was back to drinking a bottle. He did eventually start eating again, but it has never been the same. Fruit was always a favorite, and he ate a variety of foods. Bananas were his absolute favorite, and after surgery he refused them. Even now, Josiah doesn’t eat a large amount or variety of foods. We’re just happy he eats enough to be gaining weight. 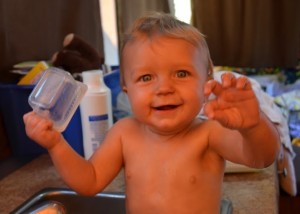 Holding two objects, or simply holding an object with his right hand. Even in the picture of Josiah eating, he’s using his right hand to feed himself with.  Pictures like these are just simply a reminder of what he can no longer do.  It is good to see the progress we’ve seen with Josiah over the last few months. 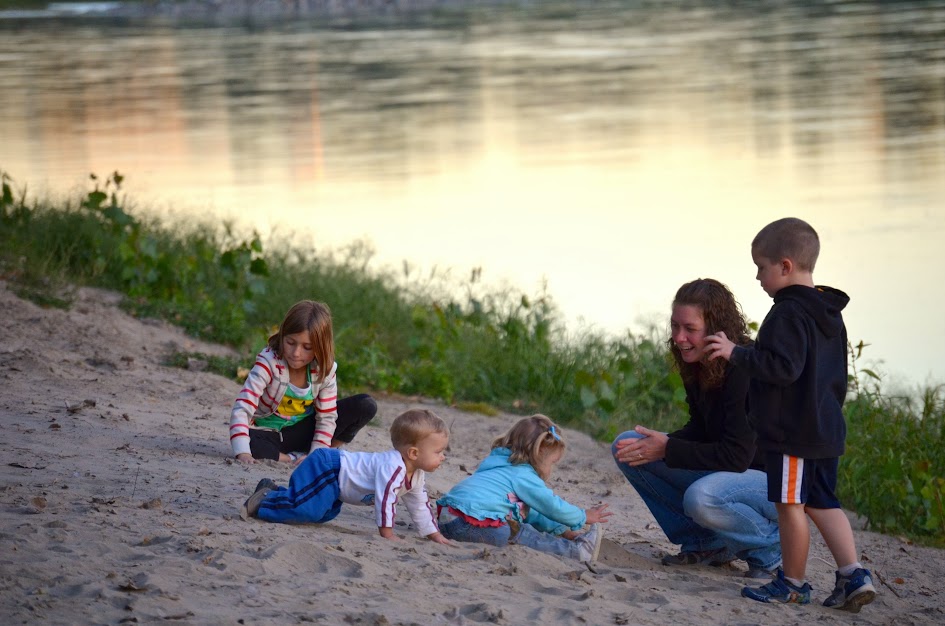 I end with one of my favorite pictures. This photo was taken about a week before we learned about Josiah’s tumor. It’s still hard when I see it. But I still love it.