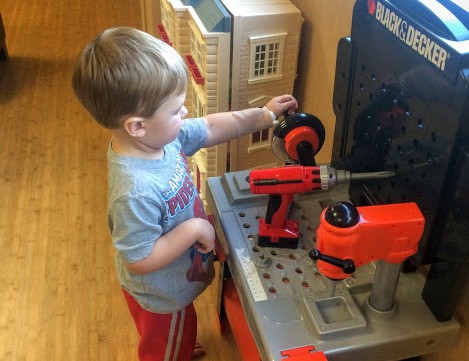 Josiah’s MRI results were clear/stable! Praise God! Josiah’s next MRI will be in June. Josiah was definitely in character yesterday so we thought it’d be fun to share a few of his quotes!

To the Oncology Nurse Practitioner when she was chatting with him: “I wish I can be like you when I grow up”…She was speechless and gave him a big hug!

When playing in the playroom and he noticed some nurses down the hall and we asked him what they were doing: “Not working!”

To his Rehab doctor (she administers his botox and therapies) when she asked what he was doing: “I am just playing this game…don’t bother me!”

When we took him to the procedure room and Amy sat on the bed with him he yelled: “I don’t want to take a nap!”

He had several when he was waking up from his anesthesia. As he attempts to sit up he kind of slurs “Helllloooo…” before flopping back down on the bed and falling back to sleep. At one point he grabs Amy’s face and exclaims “Goofy!” After he had woke up a bit, we were trying to get him to eat or drink something. The child life specialist asked if he wanted pudding, jell-o, Lucky Charms or a cheese stick: Josiah replied “Stop Talking!”.

Later in the afternoon we met with his Neurosurgeon. As Josiah was jabbering and telling all sorts of stories to the neurosurgeon he says “At the hospital…I was wooowooo…”.

Josiah rarely meets a stranger and loves sharing all kinds of stories with them…most of them true! From talking about his tractor to showing them his cartwheels, you never know what he’ll say. It’s truly a joy to watch him interact with random people in the waiting room or chat with the receptionist or tell stories to his doctors. Wherever he goes, he brightens the room and leaves a trail of smiles and encouragement. All who are fortunate to meet Josiah are blessed, and none so fortunate as his proud mom and dad!

Thank you for your prayers, support, and for coming along with us on this incredible journey. 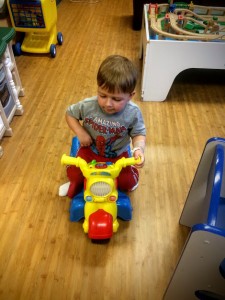 Josiah riding in the playroom before MRI 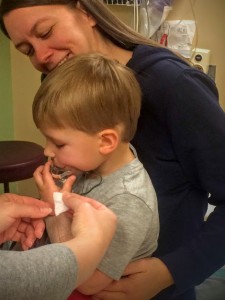 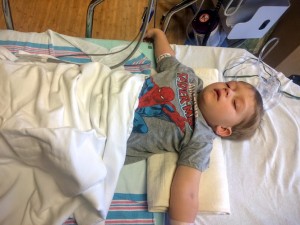 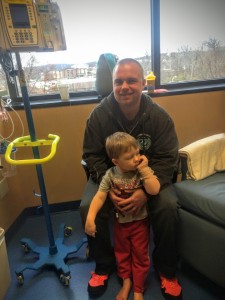 He wanted to get down and walk, but was very unstable 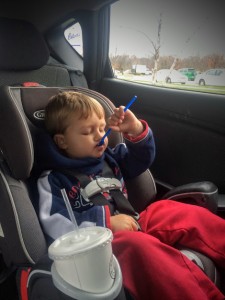