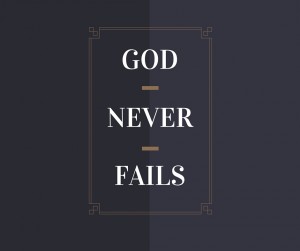 Yesterday’s post was on the optimistic side – which is where I tend to land 99% of the time. A friend commented that her children would not be so understanding of a sibling getting more attention and fruit snacks for supper. Truth is, mine aren’t thrilled either. (Neither am I, really.)

So I need to share this response I gave her…

I can’t say they’re always understanding, nor am I always so patient. What usually comes out of my mouth after an “it’s not fair” statement is that “he has a tumor and doctors and needles and blah blah and that’s not fair for him.” Thankfully, things have gotten much better since being off of chemo and other medications that caused some issues for Josiah.

That afternoon Grace had been outside. When she came in, her eyes were closed and she wondered aloud that she just couldn’t imagine what it would be like to be blind. Her thought led me to remind her of Josiah’s lack of vision – even though he can see some, he is still legally blind. She looked hurt by that statement and as we talked, I learned that she thought his vision would get better. In fact, she tried to clarify that statement with me multiple times as I attempted to make it clear that his vision would not likely improve.

During our conversation, Samuel walked into the kitchen where Grace and I were talking. I explained to them both that during the surgery, Josiah had a stroke, which made him unable to move his right side. The things that the stroke caused are possible to be re-learned. (All of which we had talked about previously with them.) I then explained that the damage to Josiah’s eye was caused by the tumor, and that damage could not be reversed.

That led Samuel to ask why they didn’t take the tumor all the way out. As best as I could, I tried to describe how the tumor was made up; a large sticky ball with “fingers” coming out around it. One of the fingers wrapped around a major artery and if it was cut by accident, Josiah would’ve died. As they both tried to take in this medical information, they were quiet.

Then came the question. “Why did God put the brain tumor in Josiah?”

I most definitely wasn’t ready for that question. However, God provided me with wisdom to know exactly what to say to my children at this delicate moment.

I simply said that I did not believe that God put the tumor in Josiah. God is good. This tumor is not good, so it could not have came from God. This prompted questions that led to the fact that God gave us the will to choose good or bad; that we can choose to follow God, or choose not to follow God. I shared that God wants us to choose to follow Him, not force us to choose Him, because God wants us to love Him, not just follow Him like a bunch of robots. (Samuel really liked that analogy.) I also reminded them that everyone sins and makes bad choices, but that Jesus came to die for our sins, so we could be forgiven – which is what happens when we choose to follow God.

As I talked about choosing to follow and love God and living our life for Him, Samuel stood up, looked at me with tears and desperation in his eyes, wringing his hands together, barely speaking the words “Mom, I want to do that, I just don’t know how.” It was at that point that I knew he was ready to ask Jesus to come into his heart and be baptized.

Samuel had talked about wanting to be baptized several times over the previous year, so it was a subject we had already been discussing with him. We wanted to make sure that he understood his decision, that he was sincere, and doing it for the right reasons. During that conversation, I knew he was ready and Samuel was baptized the following afternoon.
That day still amazes me. In a time when I felt completely inadequate, both before and during the conversation, God showed me He was there. Even through the hard and difficult times, God is faithful. Even in the mundane, God is faithful. And while we have many examples of His faithfulness, He showed me one evening that even when I think I’m failing, He’s taking care of me and that ultimately, He does not fail. That’s all that matters.