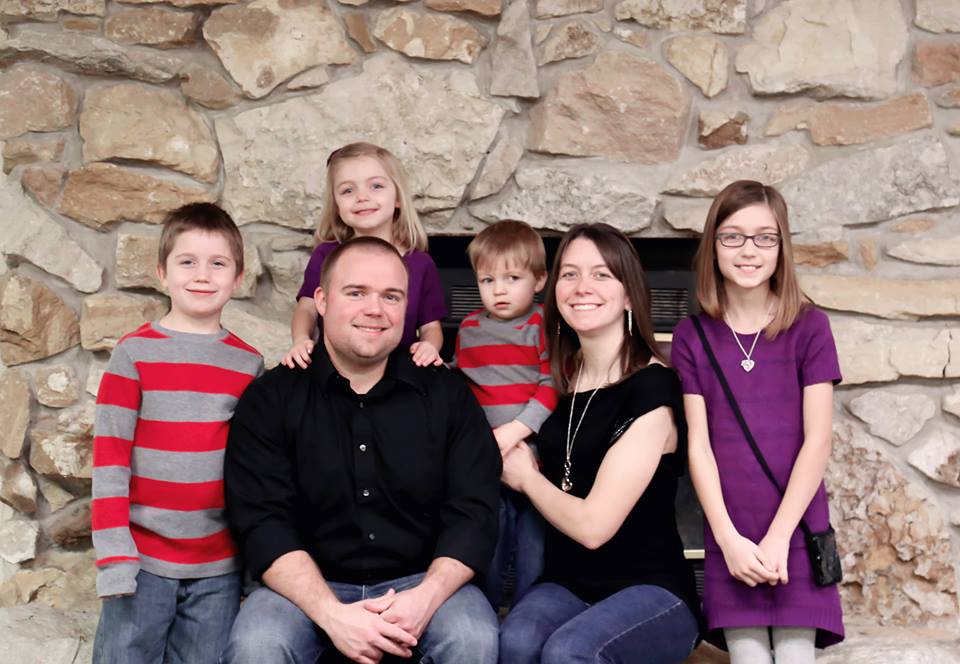 I realized about half way through January that I never did write a December update. So backtracking a bit…

December started with an MRI and surgery to place a tube in Josiah’s right ear. The MRI showed “No evidence of disease”. The following week we were back at the hospital, but this time instead of an appointment, we were able to surprise three of Josiah’s nurses with the DAISY Award. We had a week with some down time, which unfortunately included a bit of sickness. Josiah was even sick – our first time of dealing with a fever and sickness AT HOME! Then we were off visiting family for Christmas until the new year! It was a great few weeks with plenty of time spent with family and we all enjoyed every moment.

December 18th marked the first day Josiah was completely weaned off of his anti-seizure medication. As we were weaning him, we noticed a remarkable difference in his demeanor. Since being totally off the medication we have a COMPLETELY DIFFERENT KID! He is so much happier and we no longer feel like we are walking on egg shells with him. He’s also been sleeping better and has more of an appetite. He’ll actually say “Mommy, I hungry.” That’s a big difference from the boy who could go the entire day with only eating breakfast. Granted, he still doesn’t eat a lot, nor much variety, he is eating and gaining weight! And even when he isn’t wanting to eat, he will at least sit down with us at the table.

Christmas honestly felt like it was our first Christmas with Josiah, because it was the first Christmas he actually enjoyed. He looked forward to opening presents instead of screaming and crying because he didn’t want anything to do with presents. He enjoyed playing with his siblings and cousins throughout the weeks. He spent time with his aunts and uncles and grandparents. He was not clung to my arms the entire time. He was okay with the noise that happens when large amounts of people gather. He was happy and there was definitely less stress!

December was absolutely a good month for us and we want to stop and thank God for providing us with that; and to thank you for your prayers for positive MRI results and for the weaning of the anti-seizure medication to go well and that it would provide the results we were hoping for – better demeanor, better sleep and better appetite.

Now we’re already at the end of January! Time flies when you’re having fun right?

Josiah is no longer using his pacifier! He fell asleep one night without it, and didn’t wake up asking for it, so we decided to try not giving it to him. He asked for it maybe a handful of times, but has done great! It takes him a bit longer to go to sleep because he now chats with us instead of just laying down with the pacifier – especially for naps!

Josiah is starting to show more interest in potty training and showing a few signs of readiness. I don’t think he’s quite ready to figure it out yet, but it’s exciting to see progress! It’ll be interesting to see how it goes with his medication and me being unable to monitor his wet diapers.

He has also been attending his Sunday School and church classes on his own on Sundays and has been staying in his class at church on Wednesday nights. We simply take him to the classroom and tell him “I will come back to you”, stay with him a few minutes, and when he’s involved in an activity we head out of the room. He does great and is always excited to show us his picture or to tell us about snack and singing songs.

The first full week of January Nathan traveled to Virginia for work. Samuel and Ruth Ann were sick the first part of the week, so we just took it easy and had another week off of school. It was a good break and we spent lots of time reading and playing games.

January 13th Josiah had a follow up visit at the ENT and his tubes are looking good. He also had an X-ray of his hips and blood drawn to check his thyroid levels. The thyroid levels were normal which meant no changes to his medication. The hip X-ray was just to provide a baseline for the doctors to watch as he grows.

The week of January 18th Josiah had neurology and eye appointments. The neurology appointment went well and he continues to do great. Because the neurology office is no longer prescribing any medications and he is seizure free, he is no longer needing to see the neurologist! We were assured that we will be able to get an appointment if at any time we feel the need, and can also call any time with questions. The eye appointment went well also. He did not enjoy the appointment though, so it was a bit of a struggle. It was difficult to talk afterwards because Josiah was crying and ready to go, but the doctor did note that he seemed to be seeing distance with his left eye and near with his right; and that based on the amount of damage to the optic nerve, he seems to have more vision than he should. I found that to be encouraging!

Josiah continues to have occupational, physical and vision therapies through the school district. He mostly enjoys the time and is not happy when we call it therapy. He does get excited though when we tell him the name of the therapist and that they’re coming to play games. It does help that sometimes those games have been on the iPad… 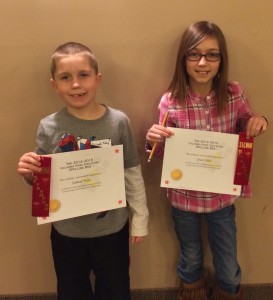 In other news, Grace and Samuel were in a spelling bee this month and both of them won second place in their grade level. They had fun and it was a good experience for them both. Ruth Ann had a follow up visit for her allergies and we are noticing improvement with the Paleo diet. The kids continue to enjoy being involved with their CrossFit kids class (gym class) twice a week and our church activities. Grace is taking violin lessons and Samuel will be starting up guitar lessons soon. He’s super excited, especially since he received a guitar as a Christmas gift from his grandparents this year.