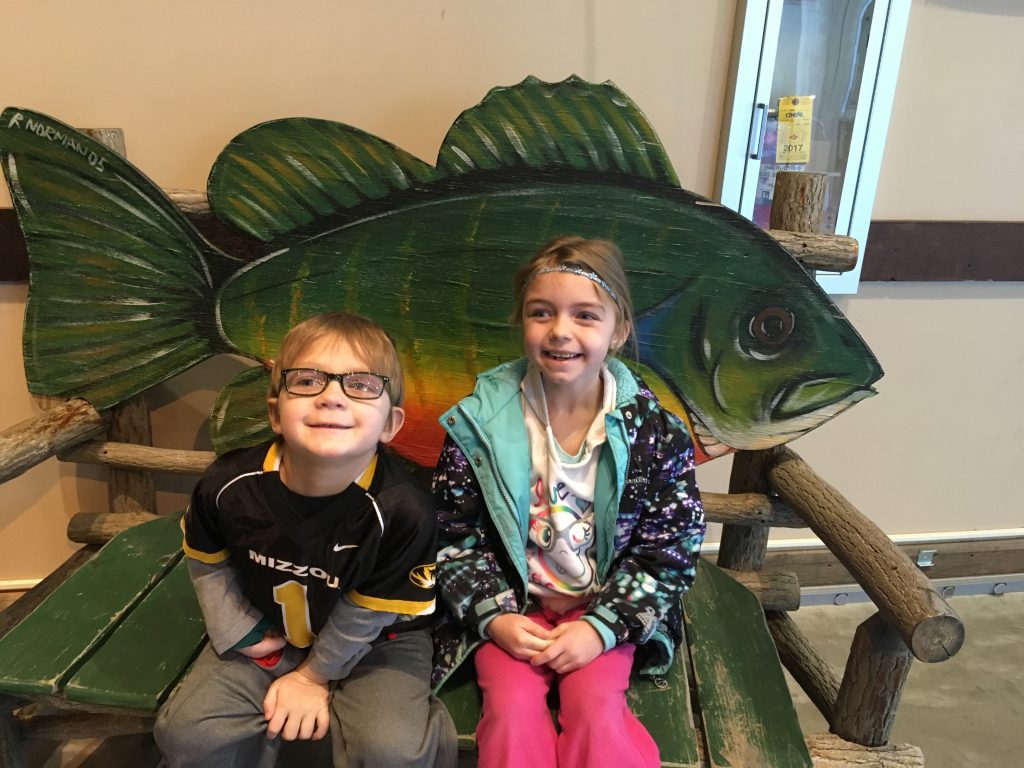 Josiah’s MRI went really well! We didn’t get results right away since the MRI was later in the afternoon. They called this morning and told us everything still looks great! He’ll see the neurosurgeon Monday afternoon for his follow-up appointment. 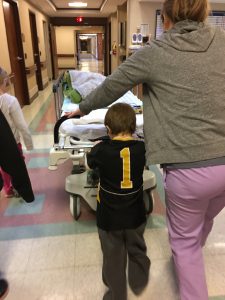 This was Josiah’s FIRST time to do the MRI while AWAKE! He didn’t even ride the bed downstairs, but helped push the bed! The child life specialist talked with him about the MRI and the choice of doing it awake. We were unsure how it would go for several reasons. First, he wouldn’t be able to talk. For those of you that know him, he just can’t help himself! Second, he has a tendency to shake his head to focus/see better. He was able to choose a movie (Lego movie) to watch on some goggles during the MRI. We were afraid he’d have some head movements that would be too much for the MRI to get still photos. Neither of these were a problem. At all!

He was super excited to see the MRI room, and walked right in without a problem. And he climbed up on the bed like he’d been doing it forever. Nathan waited with him in the room, and I stayed with the other kids out in the waiting room. The child life specialist came out and I expected her to say they were going to get the sedation doctor, but she said “he’s doing great!” 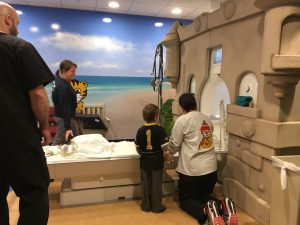 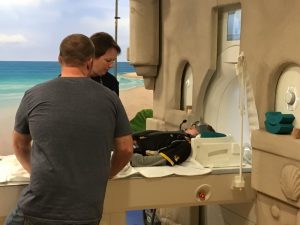 Getting the IV in also went really well. He still needs an IV in order to do the blood draw for labs and during the MRI he has a dye contrast through the IV. It helped that they were able to put the IV in his right hand, and he stayed super distracted with using his left hand to play. He didn’t even hint at a tear and said one tiny “ow.” AMAZING!

He had therapy at 10:00 yesterday morning, also in Columbia, which he did great with. Nathan was able to go back and watch him and enjoyed getting to do that. Afterwards we had about an hour and a half to kill, so we went to Bass Pro to use up some gift cards we got for Christmas. Then we went to the hospital for the appointment and MRI. After the MRI, we were able to leave right away, so we grabbed a super late lunch/early supper combo at Culvers. Josiah loves the chicken strips and ice cream! We then finished up the night at church.

Josiah’s next MRI will be in May. After that, he’ll only have to do yearly MRIs!