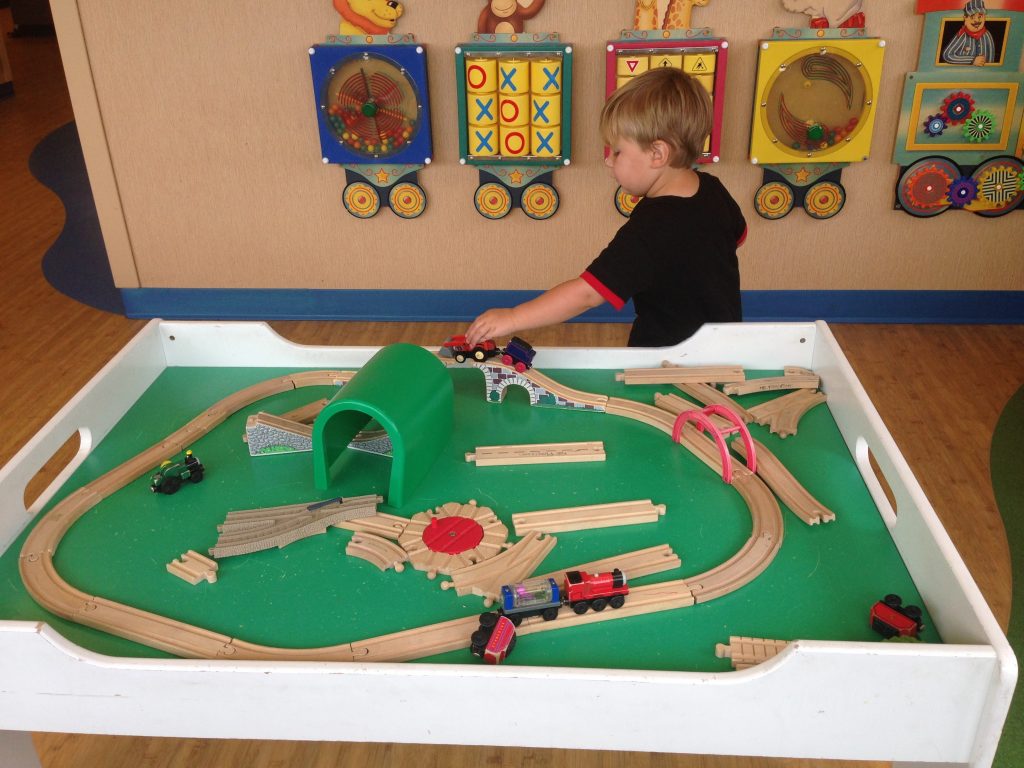 We arrived at the hospital a little after 11. We were early, so Josiah got to go straight to the play room, which he loved. The oncologist came and did her exam, then we got him checked in with all his vital signs, height and weight, and put the numbing cream on his arms. They chose two spots on his left arm and one on his right. We then spent time in the play room while we waited.

Around 1:30 it was time to place the IV and Botox before heading down to MRI. Josiah started to panic about the needle as we went into the room, and it only got worse from there. I struggled to hold him on my lap. The child life specialist did her best, but there was certainly no distraction enough to help. Josiah’s veins were not cooperative today, so after two tries, we gave him a break. He did calm down quickly, which was encouraging.

We opted to give him an oral sedative to help him relax, and when that took effect, it still took five more tries to get a good IV in. Four sticks in his left arm, one in his right, and two in his foot. They were able to use a larger vein in his foot, so that may be the plan from now on. The sedative helped tremendously, but you could still tell it hurt. He cried fairly hard when they used the IV to give medicine and more sedation medication. Then he slept.

By this time it was close to 2:30. He received Botox in his right arm, wrist and fingers. That was 6 injections into his right arm. After that was complete, he was taken down to the MRI room and Nathan and I grabbed some lunch from the cafeteria. 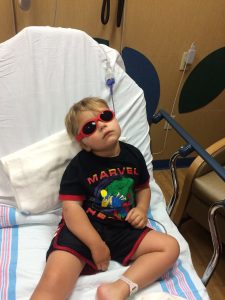 The MRI went smoothly and he slept soundly the rest of the afternoon. We finally took a cold washcloth to his face to help him wake up. He was ready to eat his hotdog and chips he had ordered earlier. The oral sedative lasts up to 6 hours, so he was still pretty out of it. But he ate, they removed the IV and we were headed home a little after 5:00.

As we were preparing to leave, the nurse practitioner popped her head in and said that from what she could tell, the results of the MRI showed no change from the last MRI, but she would call in the morning with final results. We weren’t expecting to hear anything until tomorrow, so that was a nice surprise. We should get a call in the morning with the exact results and we also have an appointment with his neurosurgeon in the afternoon. 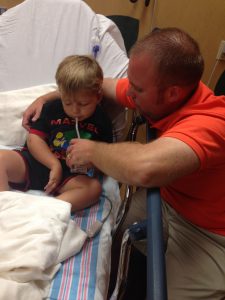 We made it home and Josiah slept a little bit more, which was good, because he couldn’t do much else. He is still a little off balance from the meds, but he is determined that he’s fine. Makes his mama nervous! We’ve spent quite a bit of time watching TV this evening, which has been helpful. Thanks to everyone for their prayers. Tomorrow is a visit with the neurosurgeon and Thursday we will be discussing growth hormone shots. That has potential to be traumatic as well, because he hates shots just as much as he hates the IV – and we will likely be the ones giving them at home. So prayers for that process to go well are appreciated. We will update as we know!