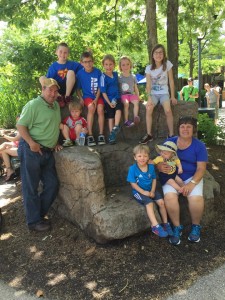 The last few weeks have been a blur! All good, but jam-packed!

Josiah saw his rehab doctor, who was pleased with Josiah’s progress. We will see her again in January, unless Josiah’s therapists and I decide he would benefit from more botox injections. The botox lasts 3-4 months; it’ll be 3 months June 13th.

We’ve been out of town about as much as we’ve been in town! We began with a weekend trip to see Nathan’s grandma and family, as well as his sister’s Masters graduation. Josiah did GREAT! We had a pair of headphones and the iPad, which helped tremendously. I’m just amazed that with being surrounded by people clapping and the loudness of the event, he didn’t require leaving our seats!

We spent one whole morning with a sick Ruth Ann at urgent care. We left with cough medicine, antibiotics for yet another ear infection, and eye drops for pink eye. Poor girl can’t catch a break. I’m really hoping we’re done with these ear infections. Doctors are thinking she’s had so many (3 in 11 weeks) because of the end of winter and allergy season. Hopes are that it’s allergy related and should be done with summer coming. 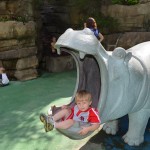 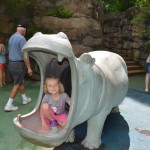 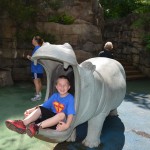 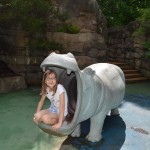 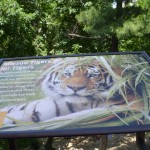 We then spent an evening in St. Louis with Nathan’s family. The kids loved being able to swim and spend the night at a hotel. The next day we visited the zoo, and were able to squeeze in all the animals the kiddos wanted to see. Josiah really wanted to see a tiger. It was too far away for him to see, but he was happy with this sign! 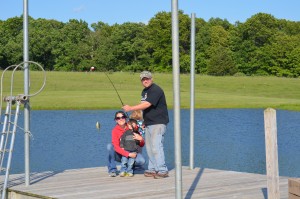 We all came to our house for a few days, which allowed Josiah to go to his therapy sessions for the week. Then we spent the rest of the week at Nathan’s parent’s house. We all had a great time and I don’t think we saw the kids at all – they were enjoying the beautiful weather outside playing with their cousins. One night we went fishing and Josiah caught a fish!

This past week we’ve been at home. We had been looking for bunk beds for the kids, as the girls have been sharing a full sized bed, and Josiah has been in our bed. Samuel has been on his own in his room for longer than he’d like. So we finally found a set-up that would work in their rooms, while still allowing room for beds for family when they come visit. Nathan worked all weekend getting the beds put together and ready to go, and the kids are super excited! (I am too!!!) The best part is that Josiah has gone to bed the last two nights in his own bed! On his own! 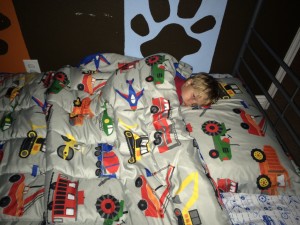 I will say he wasn’t too happy while the beds were being put together, and continued saying “I want to sleep with my mommy and my daddy.” This continued until he saw the bedding I found for him – complete with tractors, airplanes, excavators (or, excagators, as he calls them), dump trucks, fire trucks, and more! When he saw it the first night, he said, “I’m ready to put my pajamas on.” and tonight he said he was ready for bed and went straight to his bed. I’m hoping it lasts!!!

Last, but not least, Josiah’s next MRI will be this Wednesday, June 3rd. The past three months have gone by so quickly, and we’ve loved being able to see all of his progress. 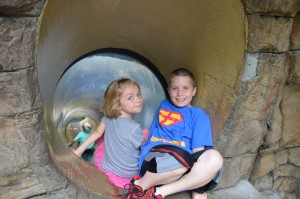 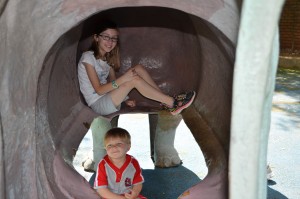