Here’s a quick MRI update from May 19th. I wrote this back in May, and realized I never did get around to posting it on the blog! 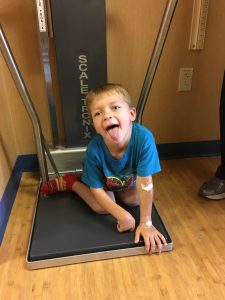 Over the last month and a half (April/May), we noticed some symptoms with Josiah, which were a concern to me. We had him checked out with his primary doctor, as well as his eye doctor. Both visits were good, but the eye doctor suggested checking into having Josiah’s June MRI moved up. When I checked into moving the MRI, there were no openings for a sedated MRI, so he was scheduled for a CT scan instead. That was scheduled for Friday, May 19th at 1:00 in the afternoon. Long story short, he ended up getting an MRI, which was clear! Details of the day to follow.

We started the day off with Josiah’s appointment for a new brace, as he has outgrown his current one. THAT was quite the ordeal. They put a cast on his leg for fitting and sizing purposes, and he absolutely hates being casted. I think it goes back to the first time he was casted, and they used a loud saw to cut it off. He wasn’t hurt, but he hated the noise and the vibration. I held him while his leg was casted and he cried the whole time. As soon as the cast was off, he calmed down and all was good. He’s excited for the construction brace he picked out. No more ugly white brace – it’ll be yellow with construction vehicles and the straps will have the construction vehicles on it as well. He’s pretty excited and keeps asking when we get to pick it up. (June 13 – update coming soon on that as well.)

After getting fitted for his brace, we headed over to the hospital for his CT scan. Because of the short notice of the CT scan, Nathan and I opted to just take our other kiddos with us to his appointments. It was good for them all to see the process we go through each time Josiah has an MRI. We got to the hospital at 11:30, and Josiah actually let me put numbing cream on his arm and wrist. Everything went great. They allowed him to play for as long as he could before giving him his IV. Josiah loved having his siblings there, and especially liked playing with Ruth Ann. 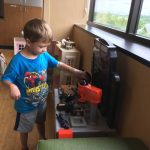 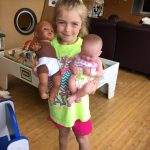 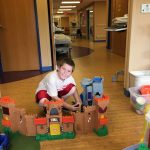 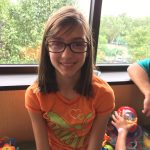 When it was time to put the IV in, we took him in the exam room and got him involved with the iPad before the nurses came in with the cart and needle. Josiah also requested Ruth Ann be in the room with him to watch Paw Patrol on the iPad. When we tried to have her leave, he wanted none of it! So she sat in with us. The numbing cream worked great, along with the iPad distraction and Ruth Ann being in the room, and with Nathan holding him, because Josiah did AWESOME! It was harder having him be casted (which does not hurt) than it was to hold him during the IV placement. 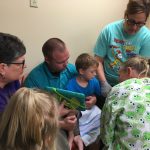 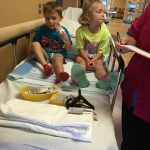 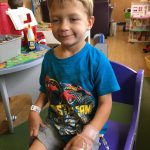 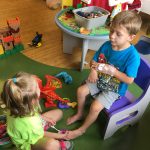 Soon after the IV placement, it was time to go down to get the CT scan. He opted to ride down on the bed, and Ruth Ann rode down with him. They both had a great time riding downstairs! We were all able to go into the CT scan room until Josiah was asleep. We then went into an adjoining room and were able to see how it all worked. That was great for the kids! 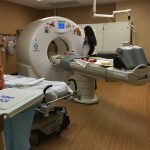 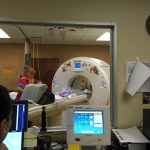 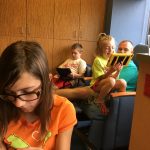 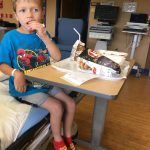 The MRI appointment right after us had been cancelled, so the sedation doctor suggested we go ahead and do the MRI, since Josiah was already sedated and the room was open. So we walked down the hallway to MRI and waited in the waiting room. We then went back upstairs to the cancer unit, waited for Josiah to wake up, and received news that the MRI was clear! The kids had a little snack. They were hungry, as they hadn’t eaten all morning because Josiah was unable to eat. After Josiah woke up and ate some pizza, we were off! We took the kids to Culver’s for a very late lunch which really ended up being our supper! Then we came home and crashed! Because the MRI was completed, he didn’t have to do the scheduled MRI in June. His next one will be sometime in December.