Six years ago today, Josiah went to the operating room at 8:35 a.m.  We anticipated surgery to be complete around 4:00 that afternoon.  At 10:15 that night, the neurosurgeon came out to talk with us after surgery was finally complete.  Our oldest daughter, Grace, was 5 days shy of turning 8 years old.

Today, Grace will soon be 14.  An assignment for her composition class gave her the opportunity to write a paper about a big event that had happened in her life.  She has done an incredible job describing how her day went six years ago, and agreed to let me share her thoughts on the blog today.

Never Be The Same – Grace Tuley

It was only supposed to take six hours. Something wasn’t right. I kept asking if they were done by now, but they weren’t. I was surrounded by friends, but it didn’t matter. My brother could die any second… what was I supposed to do? My brother, Josiah Franklin Tuley, was diagnosed with a brain tumor when he was ten months old. I will never forget how I felt and what I experienced during those years.

Josiah was a happy boy. He played chase every day with me and my siblings. Then everything changed. My worldview and feelings would never be the same again. During this time in my life, I experienced more gut wrenching worry, paralyzing fear, indescribable hurt, and absolute, total confusion than I ever have before, and more than any seven year old girl should. I worried about my brother and if he would live or not. I feared that he would die. I was hurt when my parents spent more time with Josiah and not me. Most of all, I was confused and always asking my parents and God, “Why?” Every day, I felt the love of family, friends, and God. 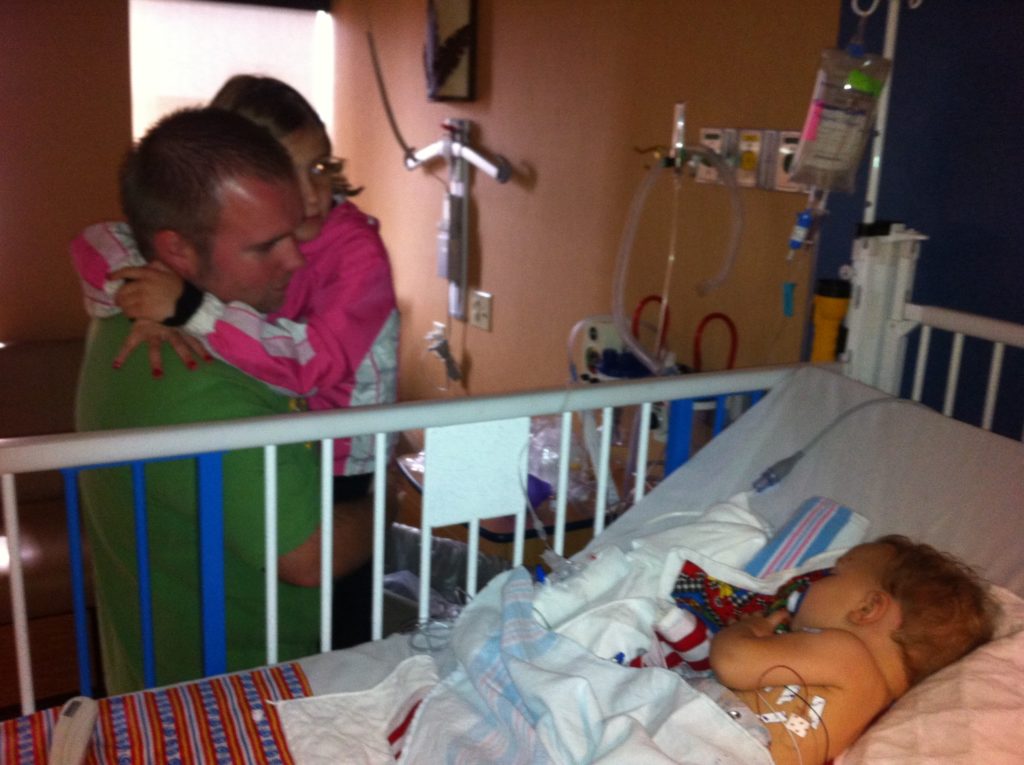 When I first saw Josiah after his surgery, he was laying in a red and blue crib, motionless. I saw monitors flashing different colors, doctors watching them, nurses rushing, and family and friends crowded everywhere, but they didn’t matter. My little brother still had some of the brain tumor left. He couldn’t move his right side, or his left side either at the time, and there was nothing I could do about it. There were tubes connected to some sort of machine, and so many other doctor things that I had no clue what they were. My dad and some nurses explained everything to us, mainly me and my cousin, but it was still super confusing. 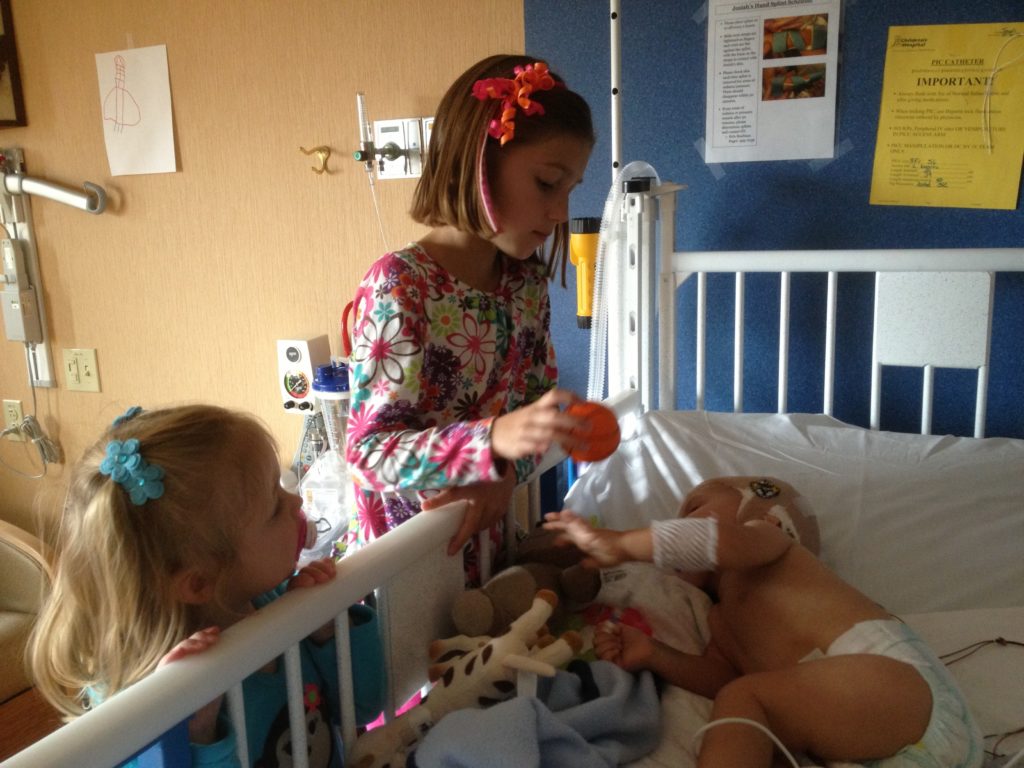 There were so many people, making it so loud and so quiet all at the same time. I just wanted to be alone where I could think. I wanted to get away from the people and sobs and the beeping of the machine. I wanted to cry all alone and not have people constantly telling me it was all right. How did they know? How COULD they know?! I wanted my parents, and no one else. I wanted to crawl into their arms and stay there until it was all over, until the loud silence was over. I wanted my brother back to normal. I wanted to hear him laugh and his feet thudding on the floor as I chased him around, but no. He had to be here completely silent and surrounded by people.

As well as the overwhelming clamor of people trying to make me feel better by words, there were also those who thought hugs would be a better way to give comfort. It’s a great idea until you’ve met about a hundred people like that. The bars on Josiah’s crib were cold, as well as the couches in the hospital room. Later on, they placed something like a cast on Josiah’s head that looked like a football helmet, which was kind of cool because it was football season. It was rough on the outside, and looked really uncomfortable. The nurses let me help them sometimes, which just meant I could push some buttons for random things. When I cried, the tears would drip down my face, cold, wet, and extremely uncomfortable. More than ever now I wanted a normal life again. 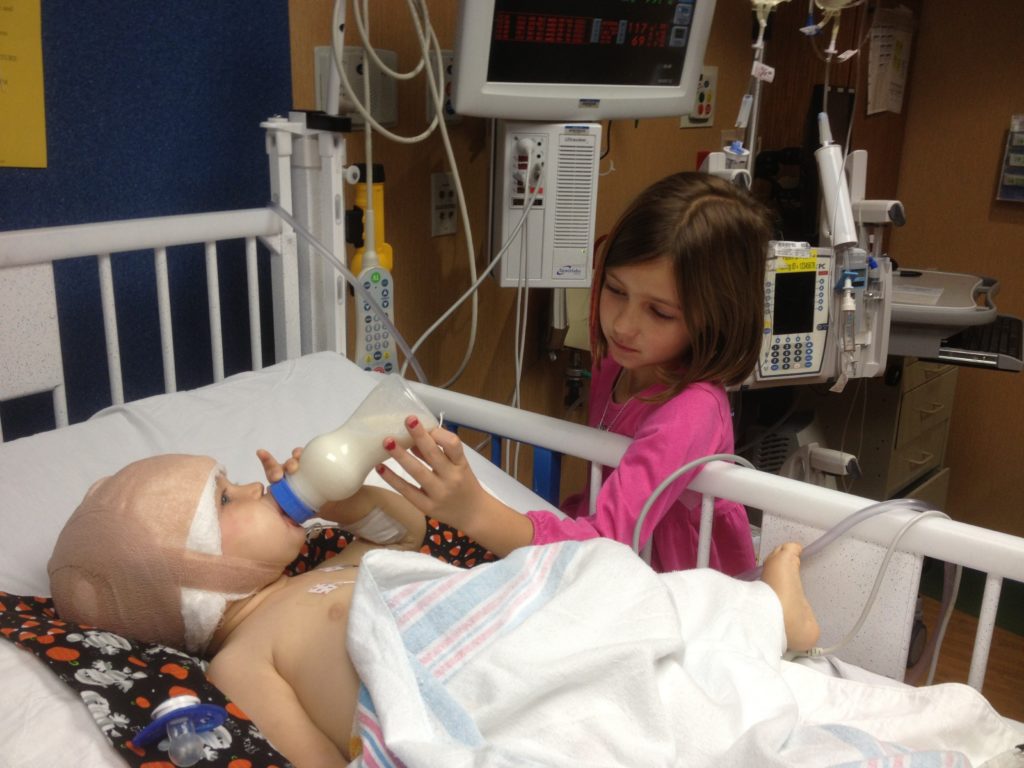 To add to the uncomfortableness of the situation, the smells were overwhelming. There was the usual smell of hospitals, as well as people. Eating became more of a habit, not something to do if you were hungry, but it didn’t matter. The only thing that mattered was my brother being safe and getting better. No matter what anyone said, life would never be the same as it was before.

Josiah is now six years old, turning seven in November, and doing very well in everything. Although life has never been the same, we have developed a new normal called whatever comes, God will provide. Instead of falling apart like some people and families might’ve, we stayed strong through everything and even got stronger. I still do not fully understand everything, but I don’t have to. God understands and knows all, and the only thing I have to do is trust him to do what he promised in Deuteronomy, chapter thirty one, verse six, “Never will I leave you nor forsake you.”