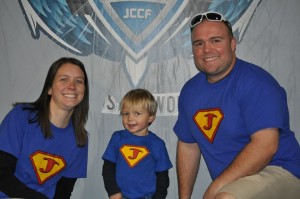 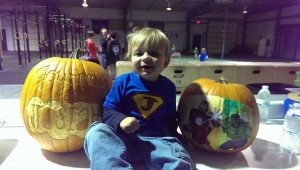 Aside from all the doctor’s appointments, we had plenty more going on in the month of November. On November 1st, we were honored to attend Jefferson City Cross-fit’s fundraiser they had put on for Josiah. It was called “Journey for Josiah” and they raised money for us to purchase gym mats for our basement play area. We weren’t really sure what to expect, but we had an awesome time and were amazed and blessed with the generosity of those around us. There was a costume contest and then also did their workout. The kids had a workout planned as well and Grace, Samuel and Ruth Ann enjoyed taking part and showing their grandma and grandpa what they’ve been doing at Crossfit Kids every week. Josiah watched the kids for a bit, then went to the other side of the gym and watched the adults. At that point in time, the adults were doing burpees and Josiah decided he would join them. It was the cutest thing to see him drop to the ground and then jump back up and say “I did it!” and be so very proud to be a part of the activities. 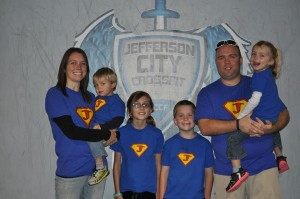 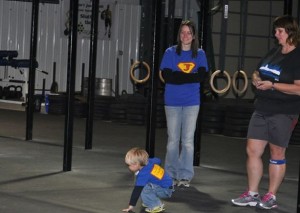 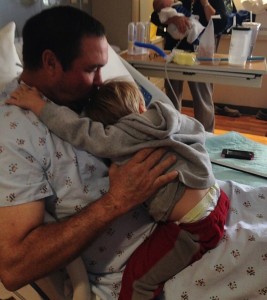 The next week we didn’t have a lot planned. Our Sunday was the busiest day and in between activities we received a phone call from Nathan’s mom that drastically put a change on our week. Nathan’s dad was in a farming accident and was being life flighted to the university hospital. That’s all we knew. I stayed with the kids and got them to their activities while Nathan headed to the hospital, where he stayed for the next few days. The kids and I quickly transformed our home to accommodate everyone who would be in and out over the next week; eight kiddos and seven adults! I spent most of the week with all the kids, except for the baby, who was barely a month old. The kids enjoyed playing with their cousins and a couple days we all just hung out at the hospital. Nathan’s dad’s story is one I hope to write down soon – I just want it to be his words, because it’s an amazing testimony of God’s grace in our lives and I don’t want to miss one detail! We are extremely blessed to still have him here with us, and that he was able to go home the next Friday morning, just five short days after struggling to breathe to stay alive. 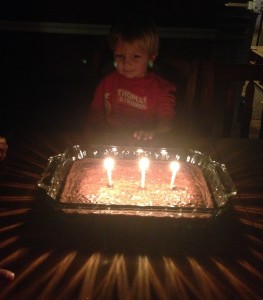 Josiah also turned the big THREE this month! On his birthday we sang to him and told him it was his birthday. He was less than thrilled. He would look at us and say (sometimes yell) “I all done happy day.” It was like this all day long. Even when we told him we had cake and presents. At times when the kids would sing Happy Birthday to him, he’d tell them “No! I all done happy day!”, they would continue singing and Josiah would end the song with “cha-cha-cha!” so he really wasn’t too upset. The gym mats we ordered with the money from the fundraiser had been delivered so Nathan worked on setting them up downstairs and we enjoyed having my parents with us to celebrate. We did finally get Josiah upstairs for his birthday party; but I simply asked him if he wanted cake and presents – no mention of birthday, and he gladly accepted. He smiled as we sang and worked to blow out his candles, which was a first for him. He was also very happy to get a big dump truck from my parents. The weekend following his birthday Nathan took the kids up to his parent’s house and they had some gifts for Josiah as well, one also being a dump truck. Now when Josiah sees either dump truck he says, “Papa give dump truck; happy day!”

Over Thanksgiving we loaded up and took a road trip to North Carolina to visit Nathan’s sister and family. Again, the kids enjoyed their cousin time and it was good to visit again and I got to spend more time with the baby! Josiah wasn’t too thrilled with his mama taking care of a baby and we decided that maybe it was a good thing we’re all done with that season of life. A little bitter-sweet. The kids did well traveling and the entire week was great. We had an amazing Thanksgiving meal, complete with all the traditional food items and yummy gluten free identical substitutes! Josiah was pretty out of sorts that day and was pretty clingy, wouldn’t nap, but was tired and wanted to nap, but then he didn’t; so I was of no help at all. A HUGE shout-out to my sister-in-law for all her work in the kitchen that day! 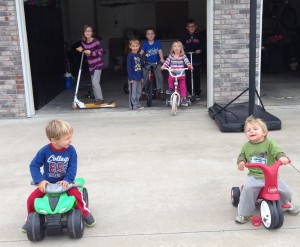 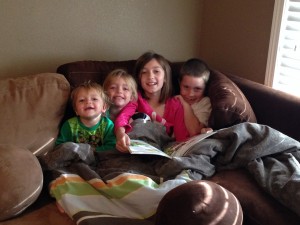