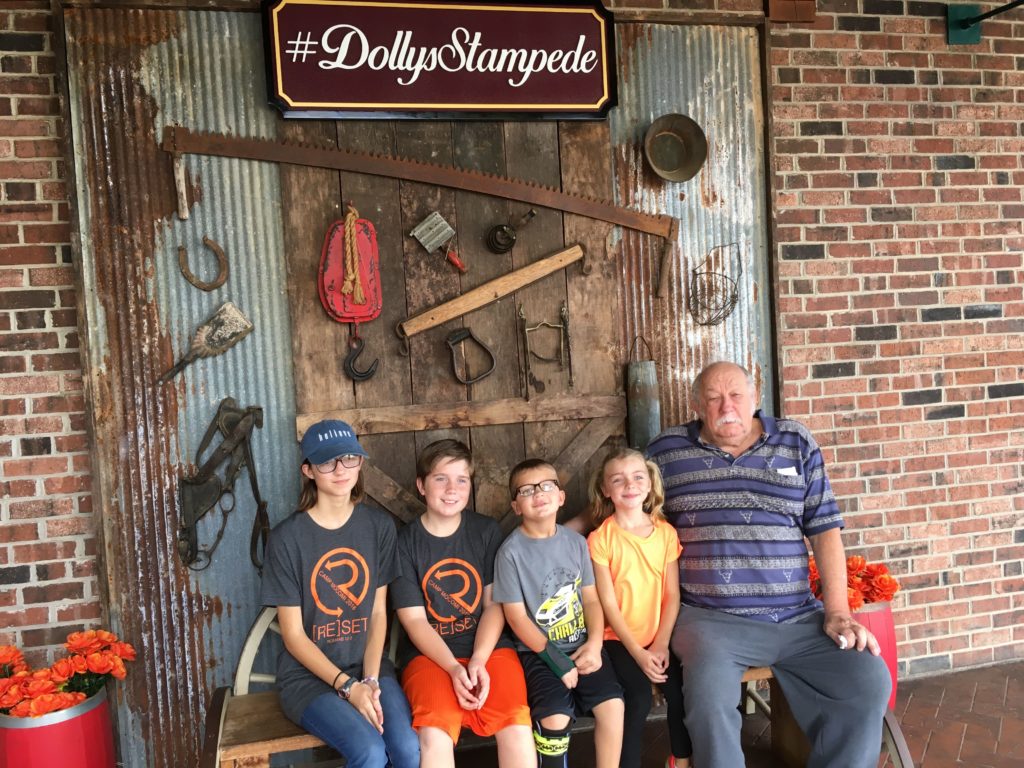 October was quite a busy month for us this year! Josiah worked two weeks with his intensive therapy, we celebrated Grace’s birthday, spent a few days in Branson with my parents, dentist appointments, haircuts, and doctor visits. One simply had a well-child visit, one had strep throat, another had an unexplained rash, and the most exciting visit, an ER visit for a broken arm, resulting in a followup with an orthopedic doctor. The kids also had dress up days at their schools, student council events, homecoming, youth deer season, trips to see grandmas and grandpas, basketball and archery practices, and several church events, and Halloween. 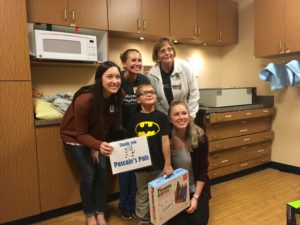 Josiah finished his four weeks of intensive therapy on October 12th. He celebrated with a party and was gifted magnetic tiles, which are his absolute favorite thing to play with at therapy. He was excited to get back into school, but missed quite a bit of the following week due to having strep throat. He’s the only one of our kids to get strep, and the only symptom he shows is a sore throat. He was quite a bit more tired, but that can be semi-normal for him even when he’s not sick, so it’s not always a good indicator. He recovered well and has settled back into a good routine. 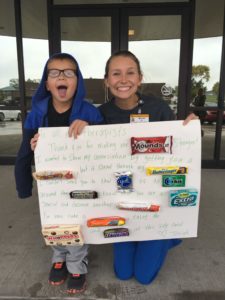 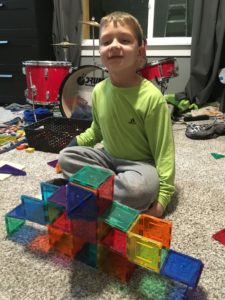 Josiah and one of his Occupational Therapists.
He helped make a thank you card for his therapists to share!

Josiah and his magnetic tiles. He’s super creative with these, and can build them easily using one hand. It’s such a blessing because he loves to build and create things! 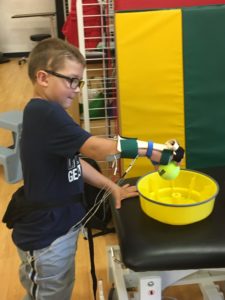 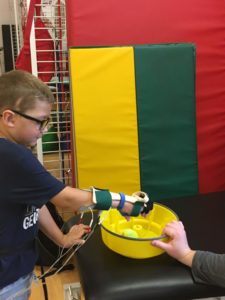 On the medical front, we’re waiting on a new brace for his left foot. This will be a new thing for him. The brace won’t be as tall as the one on his right foot is, but will be bigger than the insert he’s worn in the past.

He’ll also be getting a new brace for his hand. I’m excited to see how this one works for him. He does really well with the brand we’re getting him, but the brace will have more support for his fingers and hopefully will give him some more movement with his hand.

I’m hoping the new brace will be comfortable enough and he’ll adjust to wearing it all day like he does with his current brace, but allow him more control. Right now if he wants to use his hand to take a lid off a marker, he has to take the brace off of his hand. During intensive therapy, he worked on using his right hand to grasp and release objects, and he made excellent progress with it! He’s continuing to practice at home, but it’s not his favorite thing to do. The pictures show Josiah picking up a tennis ball and dropping it into the bucket.  The wires are an E-stem unit, which stimulate his muscles.  We’ll have one to use at home soon! 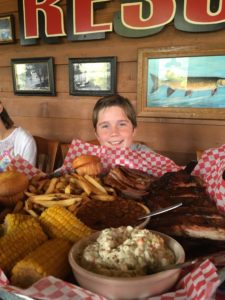 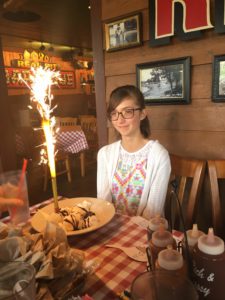 Samuel sure got a lot of food! 😉
He also told the waiter it was Grace’s birthday so she could get a free dessert – then he told Grace that the dessert was his gift to her.  Smart boy! Grace was nice and shared with everyone. 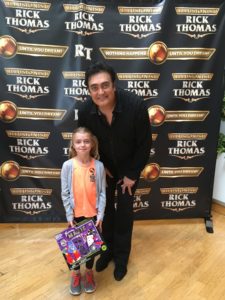 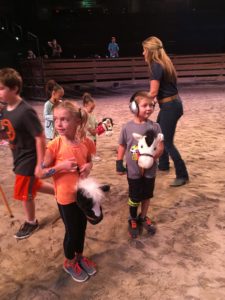