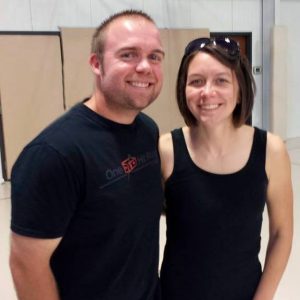 Wow you guys! So much has happened since I last updated at the end of June. I’ll sum it up for now, and hopefully give more details in posts to come. (You know, in all that free time I seem to have!) 🙂

During the last week of June, Samuel was at church camp and had a great time, as always. We had the inspection on our house, the kids and I all got haircuts, and we went camping with friends. It rained most of that weekend camping, but we all still had a great time. (Even if it was 8 kids and 4 adults in the same camper!) We spent the fourth of July with my family, then the kids enjoyed some time with my parents while Nathan and I worked on getting our house packed up and ready for our move. We used the kids’ Six Flags tickets they earned from school on July 8th for Ruth Ann’s birthday. She brought a friend with her and one of Nathan’s sisters came along with us as well. We all had a blast and stayed until the park closed at 9pm.

Our church had VBS, so our evenings were filled with that. I took the kids in and stayed with Josiah while Nathan stayed home and continued getting things ready to move. Josiah started his growth hormone (bleh). That weekend, we started the process of moving our things out of the house to where we’ll be staying temporarily. We also received the report from the neuropshychologist, which will be helpful in focusing areas of therapy.

We finished up all the cleaning and moving that needed to be done (which was a lot!). Keeping the kids entertained was a full time job as well because everything was packed up. At one point, we had decided to keep the tv at the house so the kids could watch it, however, we had packed the remote with the dvd player. We weren’t able to access Netflix, which was the original plan. They ended up watching the portable dvd player we had in the car…

We closed on our house on July 22nd! The excavator is coming on Thursday, August 11th, to clear the land for our new house so we can start the process of building! Until our house is built, we are staying with friends in their shouse (a small finished house area inside a large shed). Have you learned a new term? 🙂 (Think mother-in-law apartment.) This may stretch us a bit, as it’s less than half the square footage our house was, has one bathroom, and all six of us are sharing the loft area upstairs as a bedroom/closet/office! We’re grateful for our friends’ hospitality opening up this area for us. It’s located on a farm and the kids have all loved being outside with the animals, especially the kittens.

I was able to get away for a few days with friends. We traveled to Dallas for the Declare Conference, (a Christian Blogging Conference) which we’ve done for the past two years. I really struggled with whether or not to go this year, considering we had just moved and weren’t quite settled yet and Josiah’s growth hormone shots really threw a loop into things. I’m so glad we decided to go, because it was just what I needed.

This Week and Next Week:

This past week we’ve been with Nathan’s family, serving as the missionaries for First Christian Church of Shelbina’s VBS. We had a great time getting to see and visit with everyone there, as well as sharing our ministry. When we come visit, we aren’t always able to stay for church because of commitments at our own church, so it was really nice being able to connect with a lot of you!

VBS was over yesterday and we’re now attending the Tuley family reunion. The kids have already been playing, swimming, and enjoying cousins they don’t get to see very often. After that, we’re off to Branson for a few days with my parents before school starts. I’m so thankful Nathan can take his computer and work from wherever there is an internet connection because it makes being able to spend time with family on the road possible!

So that’s what we’ve been up to lately! There’s been so much I’ve wanted to update you on, with Josiah’s growth hormone and neuropsychology visit, the Declare Conference, and our move, but I’ve not had the time to even open up my computer, much less sit down and write an update. I’m hoping over the next week I’ll be able to give a bit more detail and catch everyone up before school starts!