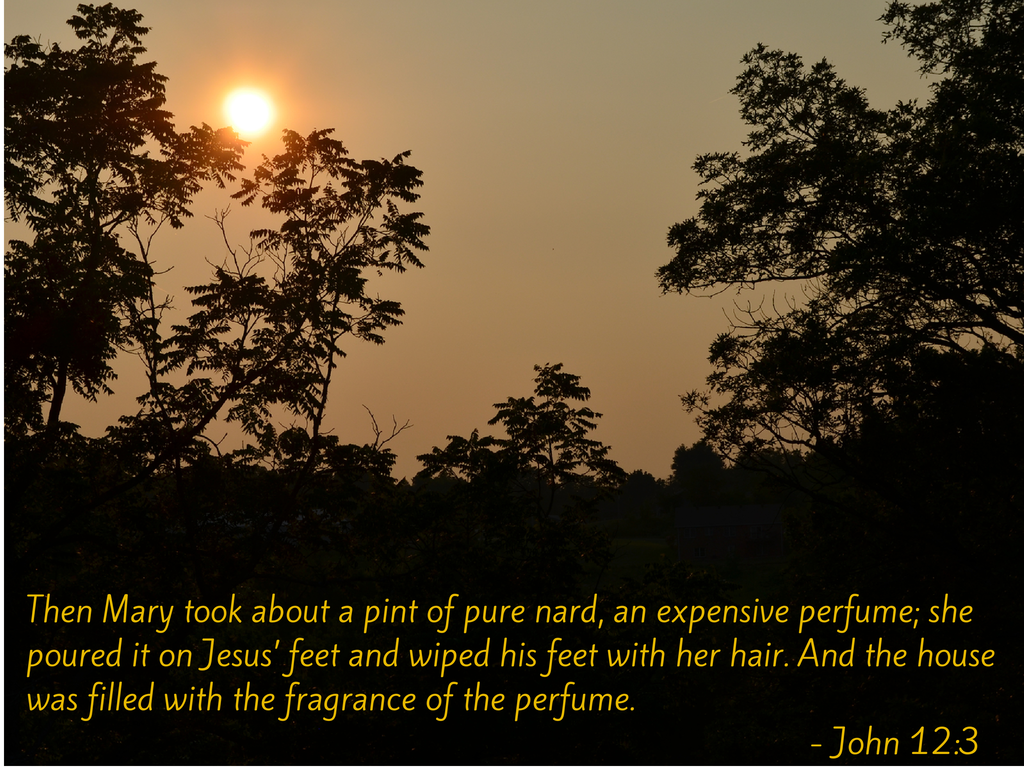 Last November I attended a ladies retreat, featuring the speaker Joanna Weaver, author of Having a Mary Heart in a Martha World. During one evening session, she talked about Mary pouring expensive perfume on Jesus’ feet and wiping it with her hair. She described in detail how this was a gift that showed extravagant sacrifice, extravagant boldness and extravagant love. She asked us, “What are you holding on to? Pour it out as a love gift to HIM.”

After giving time to think about our answers, Joanna continued by giving the example of how God asked Abraham to sacrifice his only son, Isaac. She concluded with “What do you need to sacrifice? What is your Isaac?”

That question brought me to tears as I painfully remembered our very own Abraham and Isaac experience: we had to give our son to God. All the memories of the days and nights leading up to Josiah’s surgery came flooding in.

The days were mostly normal. We were home. We were with our children, who were enjoying the nice weather and playing outside. I held Josiah more. He napped in my arms and slept in our bed at night. Two weeks earlier he had finally started sleeping in his own crib all night. I couldn’t put him back in that crib.

The nights were hard. After the chaos of getting all four of our children bathed and settled down and in bed, Nathan and I were left physically and mentally exhausted.  We were overwhelmed. In the quiet, we had time time to process what was going on around us. It was during that time that we had to fully surrender to God’s will. We talked. We prayed. We cried. We pleaded for God to allow us to keep our son, but remained at peace, even knowing he could be taken from us in the days ahead. When I finally made it to sleep, I slept well. Each morning I would wake up, feeling like I had awakened from a nightmare, only to realize it was reality; and one day closer to the day that would change our lives forever. The night before his surgery, I hardly slept at all.

As these memories and feelings flashed through my mind, re-living it all like it was just yesterday instead of a year ago, I so badly wanted to yell,

“WHAT ELSE DO YOU WANT ME TO GIVE?”


All I could do was cry. I was angry. I was frustrated. I felt so helpless watching my son going through brain surgery, dealing with the physical complications that the tumor had impressed upon him, and he was in the middle of weekly chemotherapy treatments. I didn’t feel like I could give any more. I didn’t WANT to give any more.

I worry about my children. Every headache, bruise, rash, or abnormal action or symptom that comes along is a trigger that sets me into worry mode. What if they have a tumor too? What if the tumor is growing back?

What if…? That’s a terrible place to go.

I’m learning to find balance. Learning to rest in knowing that the God of the universe is bigger than my fear, while at the same time utilizing my God-given mother’s intuition to know when something is just not quite right and needs to be acted upon.

It’s not easy placing my children in God’s hands. In fact, it’s the hardest thing I’ve ever done – or tried to do.

Then I remember Mary, and the gift she poured out to Jesus. Her gift showed extravagant sacrifice, for the perfume was worth an entire year of wages. It took extravagant boldness and courage to kneel at Jesus’ feet in a culture where it was unacceptable for women to touch a man, much less a Rabbi or teacher. As she pulled her hair down, an act that would’ve been saved for her husband, her abandonment proved her love to be extravagant.

Now I challenge you:

What do you need to sacrifice? What are you holding on to?

Pour it out as a love gift to HIM.